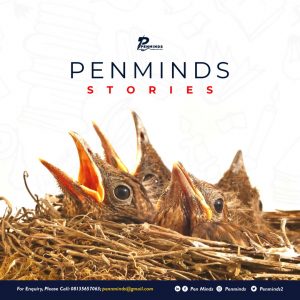 With all the rave about achieving success before age 40, one may find it difficult to believe that a person can achieve success at the remarkable age of 60. Colonel Harland Sanders, however, has proven that it is never too late to achieve success. If a man could succeed in business at 60, no one has an excuse to fail. 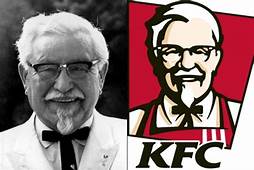 The founder and brain behind Kentucky Fried Chicken, Harland Sanders, did not have things easy at all. He was born 9 September 1890 and raised on a farm near Louisville Kentucky. Five years after his birth, he lost his father and was forced to live without the love of a father. At a very tender age, he was given the responsibility of catering for his siblings’ needs and learnt to cook for them while his mom was miles away, working. Several years later, his mother remarried and sent him to live far away from home.

Soon, Sanders realized that he was better off with a daily job than sitting in a classroom and dropped out of school at grade seven. He spent the first half of his life doing various odd jobs that ranged from stoking steam engines to selling tyres and operating a ferry boat. But then, Sanders had developed a new spark by learning to cook at the four walls of his mother’s kitchen. The shock of individuals grew when he took over a Shell filling station in 1930 to serve travellers fried chicken made with his secret recipe.

Four years later, Sanders was able to purchase a large filling station. Things went uphill from there as he was given the title “colonel” by the Governor – Ruby Laffoon of Kentucky. This was quite an honour as it was considered the highest title conferred by the state. In no time, Sanders began to grace the role of a colonel by adopting the Kentucky colonel tie and white suit. More people started to refer to him as Colonel Sanders.

In 1952, the Colonel signed a contract with a friend who owned a restaurant, the agreement endorsed him to sell chicken in the restaurant. His chicken sales soon expanded to other restaurants. 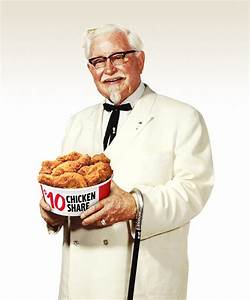 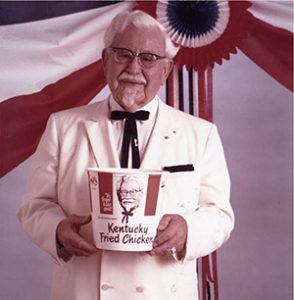 In 1963, KFC had established over 600 restaurants, which made the company one of the largest food operations in the United States of America. Sanders retired in 1964, sold the company to a group of investors at the rate of two million dollars, which also included a lifetime salary, and signed an agreement to serve as the company’s quality controller and brand ambassador.

Sanders believed in his gift of cooking and derived more joy from making a meal loved and adored by many, beyond the huge profit that accompanied it. Sanders made a name for himself. His perseverance, attention to detail, and drive to achieve greater heights had made him a legend of the food industry, which was probably more than he could have hoped for when he took over the small filling station!

Although he died 16 December 1980, Sanders’ story is one that spurs the mind to rise to the table of success against all odds. Some people give up on success at age 40, 50, or so, but Sanders fought his way through until he became a success at age 60 – An inspiration to anyone who has given up, brace up and rescue your mind from its past wars of failures, rejections, and disappointments. Choose to succeed no matter what comes your way.