DEAFNESS IS NOT A DISEASE 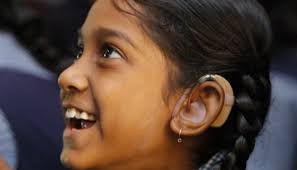 Anabel is a 15-year-old girl who loves to be alone. She literally dislikes talking to anyone except her closest friend Marylyn. She loves to smile a lot and solve very difficult questions. She always gets carried away in the class but is one of the most intelligent students. Whenever a teacher asks questions in class, she is one of those who would get the answers first, and teachers love that about her; nevertheless, she hardly gets the kind of attention she really desires.

Her daily activities are within a circle, that she hardly finds herself outside that circle. Hostel, class, chapel, dinning and supermarket are the places she goes to. Her classmates hardly notice her presence in the class, and even the teachers. Neither do her roommates care about her existence. She is just living in a world where she goes unnoticed each day. She tries not to show her pains, but she hurts deeply.

As time goes on, most of her classmates and teachers realize that she couldn’t hear well without the help of a hearing aid. Some call her names like disabled, deaf girl, hearing-impaired, dumb etc.

“Anabel please move your head away from there, I can’t see what the teacher is writing,” someone would say.

“She can’t hear you. Move closer to her and speak into her ears or hit her she’ll hear. She’s deaf,” another would say in whispers. While some would shout it out loud without a care.

There are times she’d go to the hostel to cry or even in the class, silently, hiding her tears.

Anabel finds a friend in Vera, who is always there for her. But it is not enough, because her classmates wouldn’t stop hurling insults at her.

Vera is different. She’s very fun to be with, talkative and very playful.

She decides to befriend Anabel and get close to her. They get talking and she gets to know about Anabel’s pains and how she feels whenever she is called all sorts of names. Asides that, she also gets to know that Anabel is affectionate, jovial and fun-loving. She is an extremely intelligent and hardworking student as well. 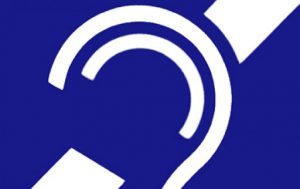 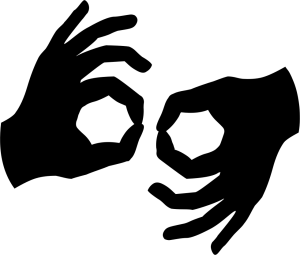 According to Carol Padden and Tom Humphries, in Deaf in America: Voices from a Culture (1988), “We use the lowercase ‘deaf’ when referring to the audiological condition of not hearing, and the uppercase ‘Deaf’ when referring to a group of deaf people who share a language – American Sign Language (ASL) – and a culture.  The members of this group have inherited their sign language, use it as a primary means of communication among themselves, and hold a set of beliefs about themselves and their connection to the larger society.  We distinguish them from, for example, those who find themselves losing their hearing because of illness, trauma or age; although these people share the condition of not hearing, they do not have access to the knowledge, beliefs, and practices that make up the culture of Deaf people.”

Hard-of-hearing can denote a person with a mild-to-moderate hearing loss.  Or it can denote a deaf person who doesn’t have/want any cultural affiliation with the Deaf community.  Or both.

What is wrong with the use of these terms: “deaf-mute,” “deaf and dumb,” or “hearing-impaired?”

Yet there are many people who persist in using terms other than deaf and hard of hearing. The alternative terms are often seen in print, heard on radio and television, and picked up in casual conversations all over.

Deaf and hard of hearing people have repeatedly proven that they have much to contribute to the society at large.

For many people, the words “deaf” and “hard of hearing” are not negative.  Instead, the term “hearing-impaired” is viewed as negative.  The term focuses on what people can’t do.  It establishes the standard as hearing and anything different as impaired or substandard, hindered, or damaged.  It implies that something is not as it should be and ought to be fixed if possible. To be fair, this is probably not what people intended to convey by the term “hearing impaired.”

Every individual is unique, but there is one thing we all have in common; we all want to be treated with respect. To the best of their own unique abilities, they have families, friends, communities, and lives that are just as fulfilling as anyone else. They may be different, but we are not less.

What’s in a name?  Plenty! Words and labels can have a profound effect on people. Show your respect for people by refusing to use outdated or offensive terms. When in doubt, ask the individual how they identify themselves.

“The handicap of deafness is not in the ear; it is in the mind.”

“Kindness is the language which the deaf can hear and the blind can see.” Mark Twain